I wanted to make pictures of my friend Tracy. I’ve known and photographed her for 10 years. There are ways that women are tied together.

Tracy’s image is combined with other things—perfume bottles, pantyhose, colour grids. There is a lot that you already know about these pictures. Objects are familiar—the name of a brand, the particular tones of makeup, the look of a historical photograph. I started with things that belong to many people. This is, in part, about things as they’ve been standardized; how someone else decides what you get. What will the shape of a perfume bottle be? What red will film reproduce? Who is present on screens and in texts? Nothing is an accident. Some parts are more mysterious—images of women doing everyday tasks, a stranger blowing bubbles in three different photographs, some unnamed wrestlers wearing bikinis in a set of snapshots. Real life has a way of refusing standards.

Sometimes it feels like everyone owns a woman’s face. “Smile, girl” and such. I have watched this woman navigate her beauty since we were young. A woman’s body is often defined by her face, and the image of the woman’s face is everywhere, as a portrait or a cover girl. The image becomes a possession; it belongs to everybody else.[i]

You said colour is feminine, connected to the body, to the sentimental.[ii] Colour can turn the mind from its course.[iii] The colour is here right in front of me, but can I convey it to you? Dutchess Tan. Morocco Gold. Snowcrest Green. Tangerine. Certain colours evoke certain times. Women’s work and women’s things. Who is at the center of vision here? For whom does the world simply open up? A new thing must eclipse each old one, as long as everything is going well:[iv] a moment of ambivalent girliness[v], a mouth that makes you think more about your own, pink noise, pink collar ghetto, spectacle of the blonde. The elegant woman, pink comb: I accept everything. I face the universe of objects. The future, design, credit. Most likely there will be normal wear and tear. Every possession is an extension of the self.[vi] Who owns the way you look?

She poses with such irony. It’s like she has internalised 29 years of her own representation and tosses it back at the viewer. You learn to rearrange your face.

I was thinking too of getting tricked by something or seduced by something, of giving in. As if it was bad. Isn’t it nice to be seduced?

This show is about Tracy. I wanted her to cut across the frame the same way in every picture. She wears her own clothes—a sort of ambiguously dated high fashion office wear. The last time we made pictures she chose 80’s pastel makeup for our shoot. In some of the photos she poses on the color grids found in darkroom manuals, used as studio backdrops. A woman floating on a grid. Where is she exactly?

It’ s rare to find a true muse, and, if we’re talking about who owns what, this is hers as well, not just mine. 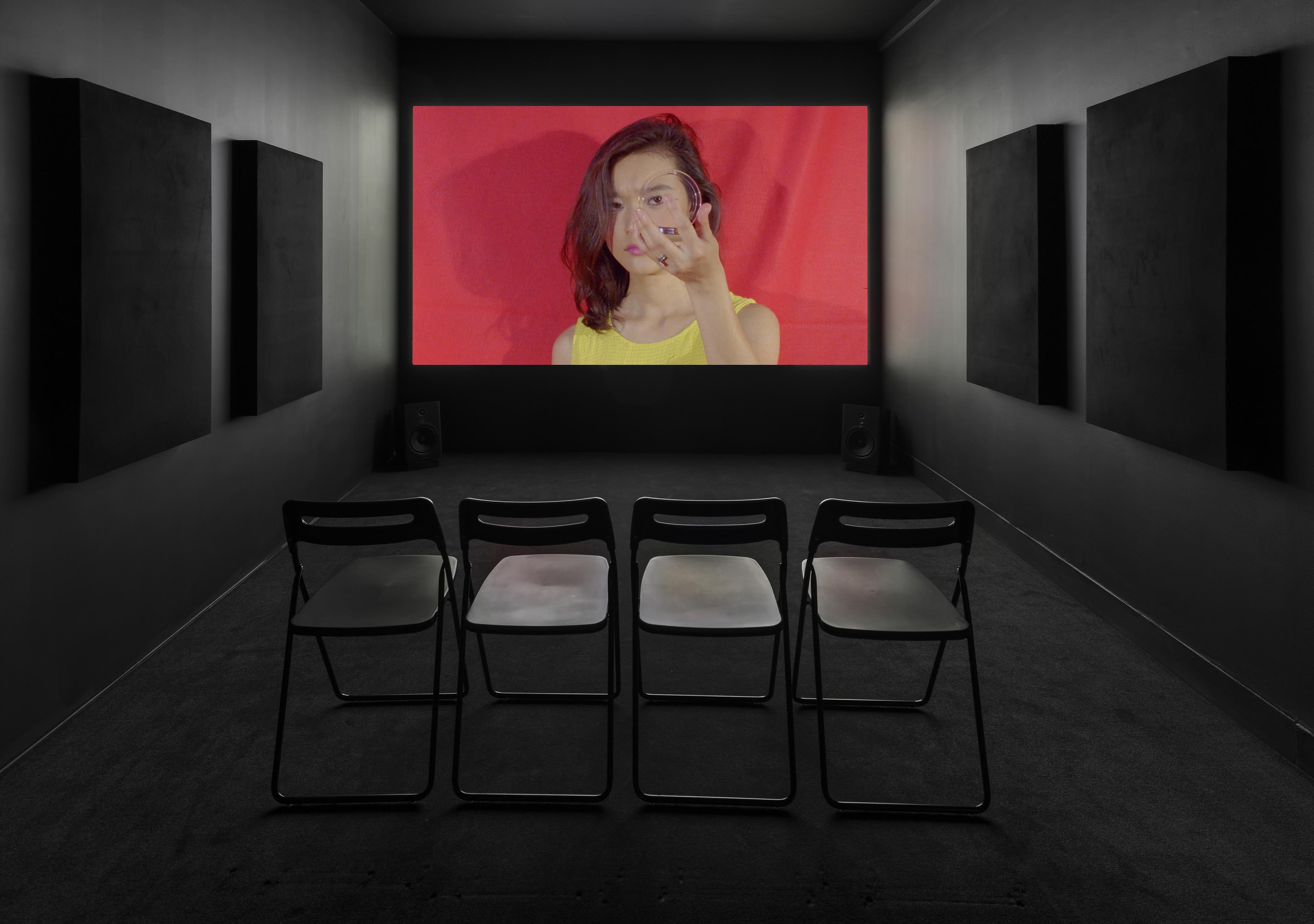 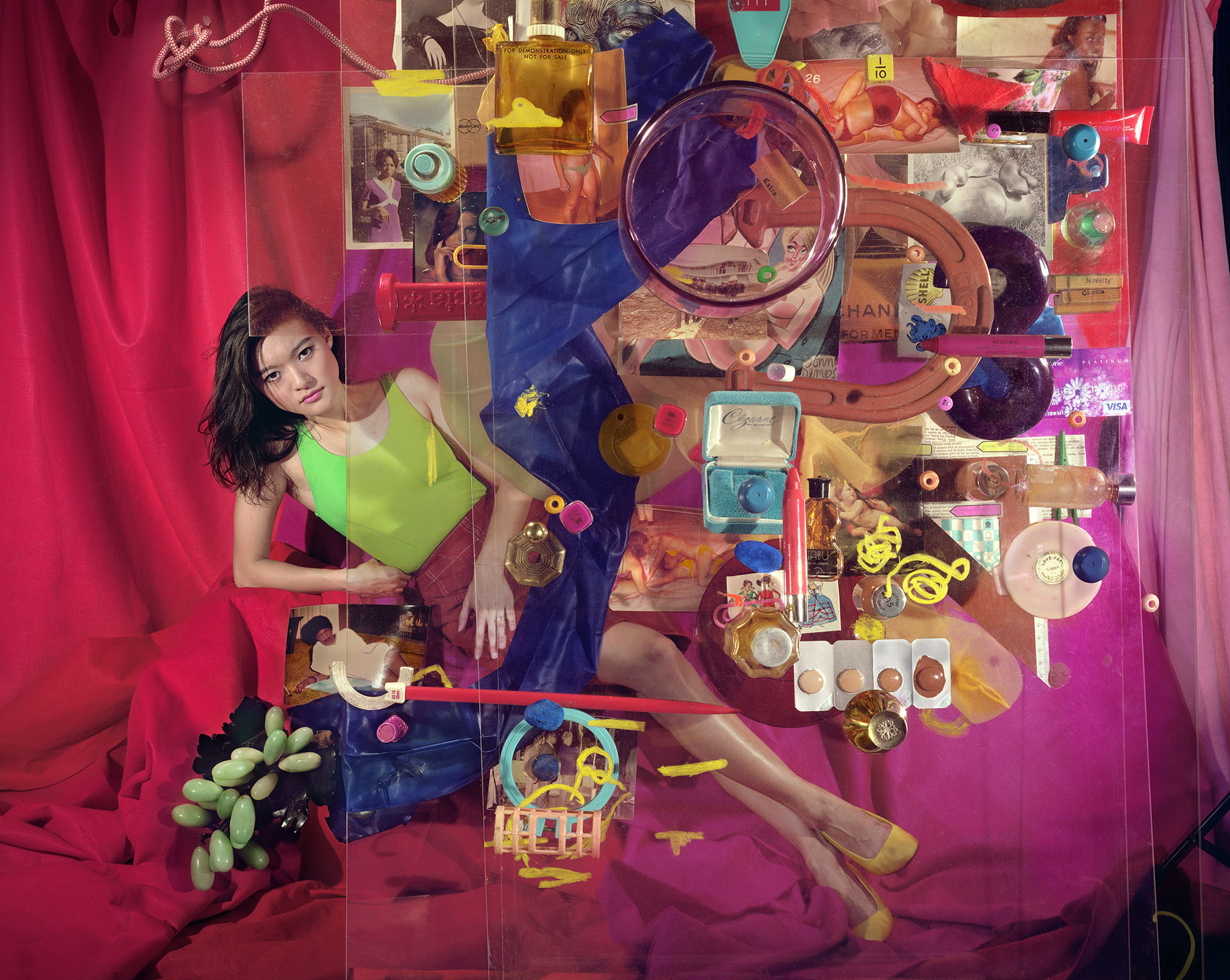 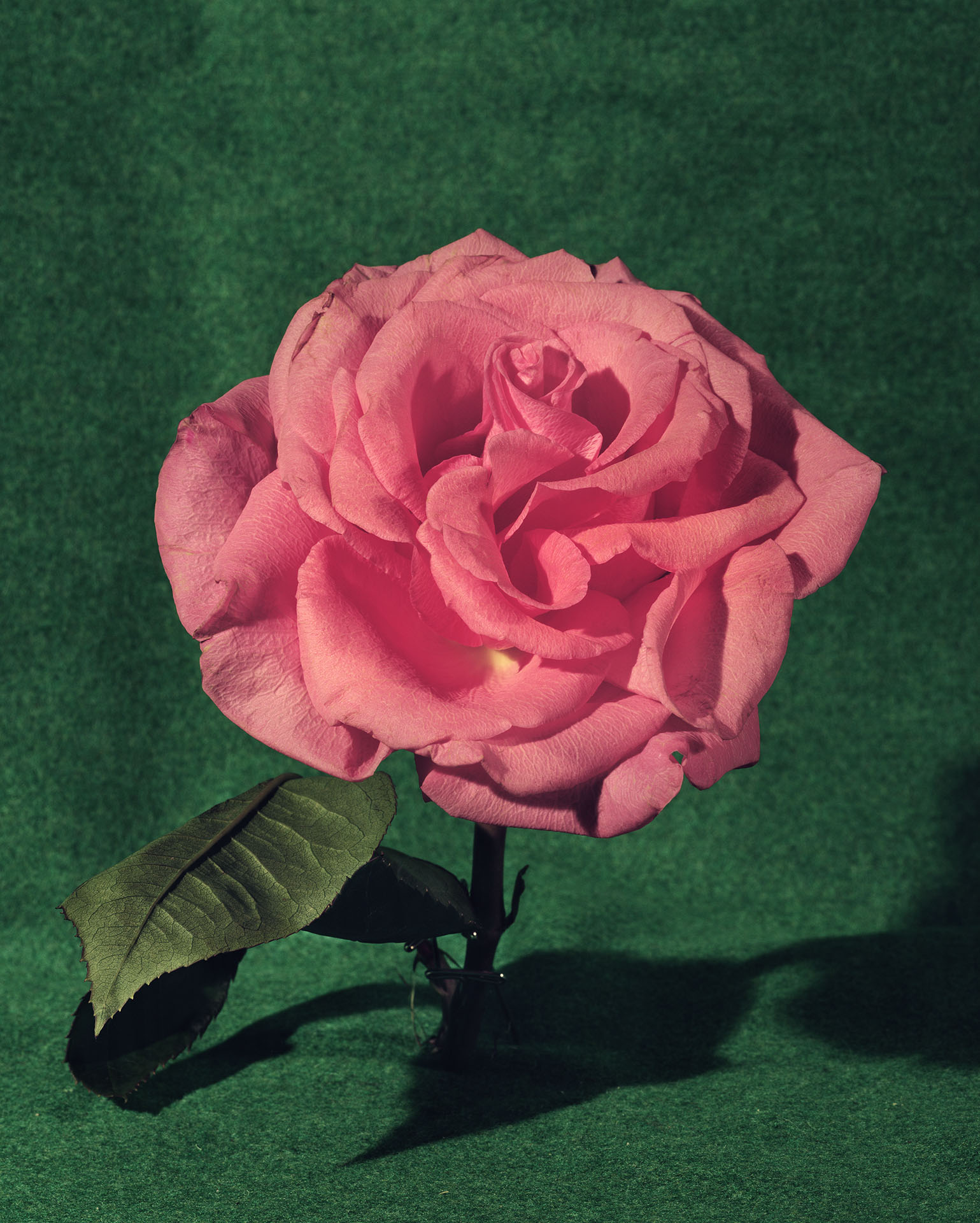 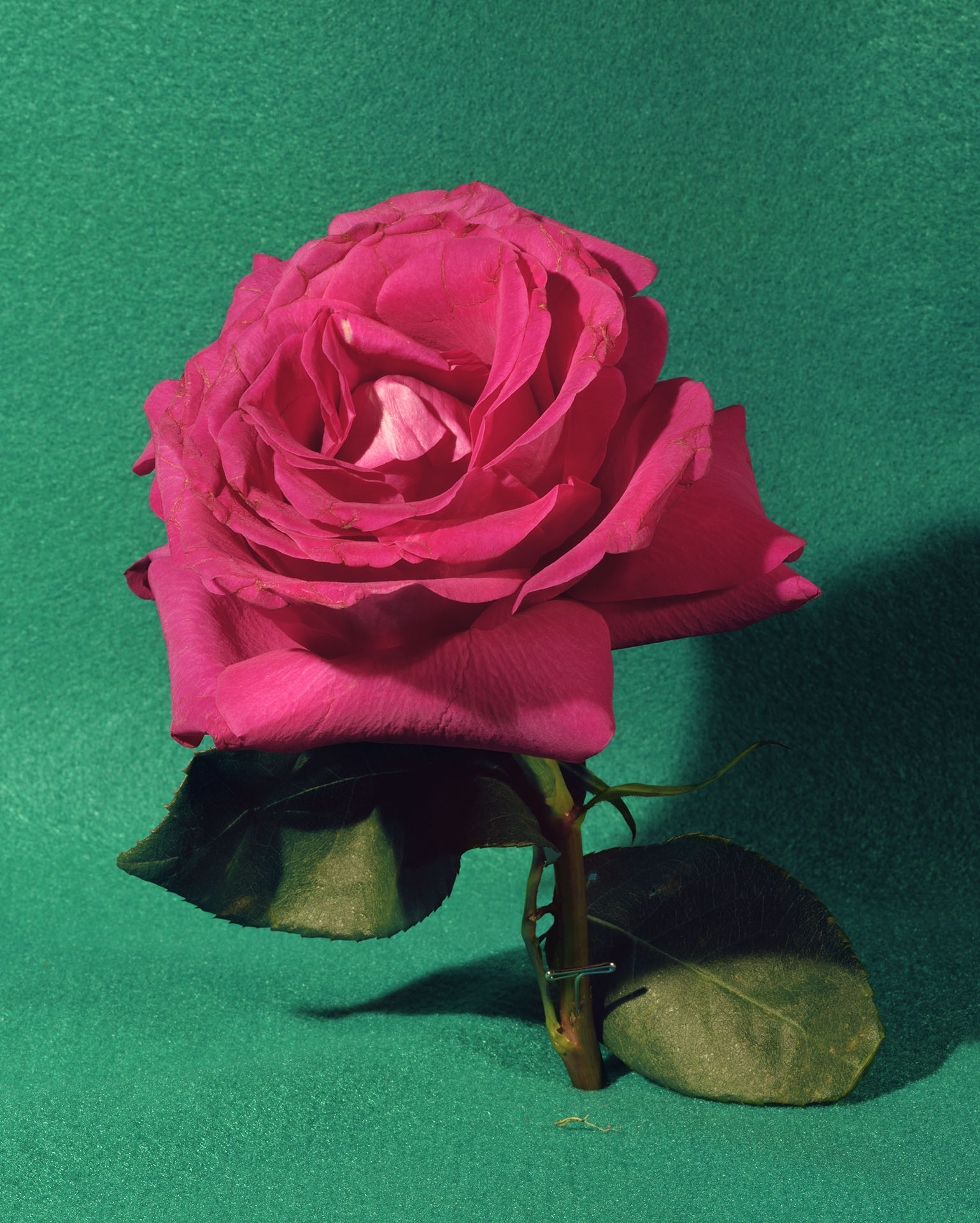 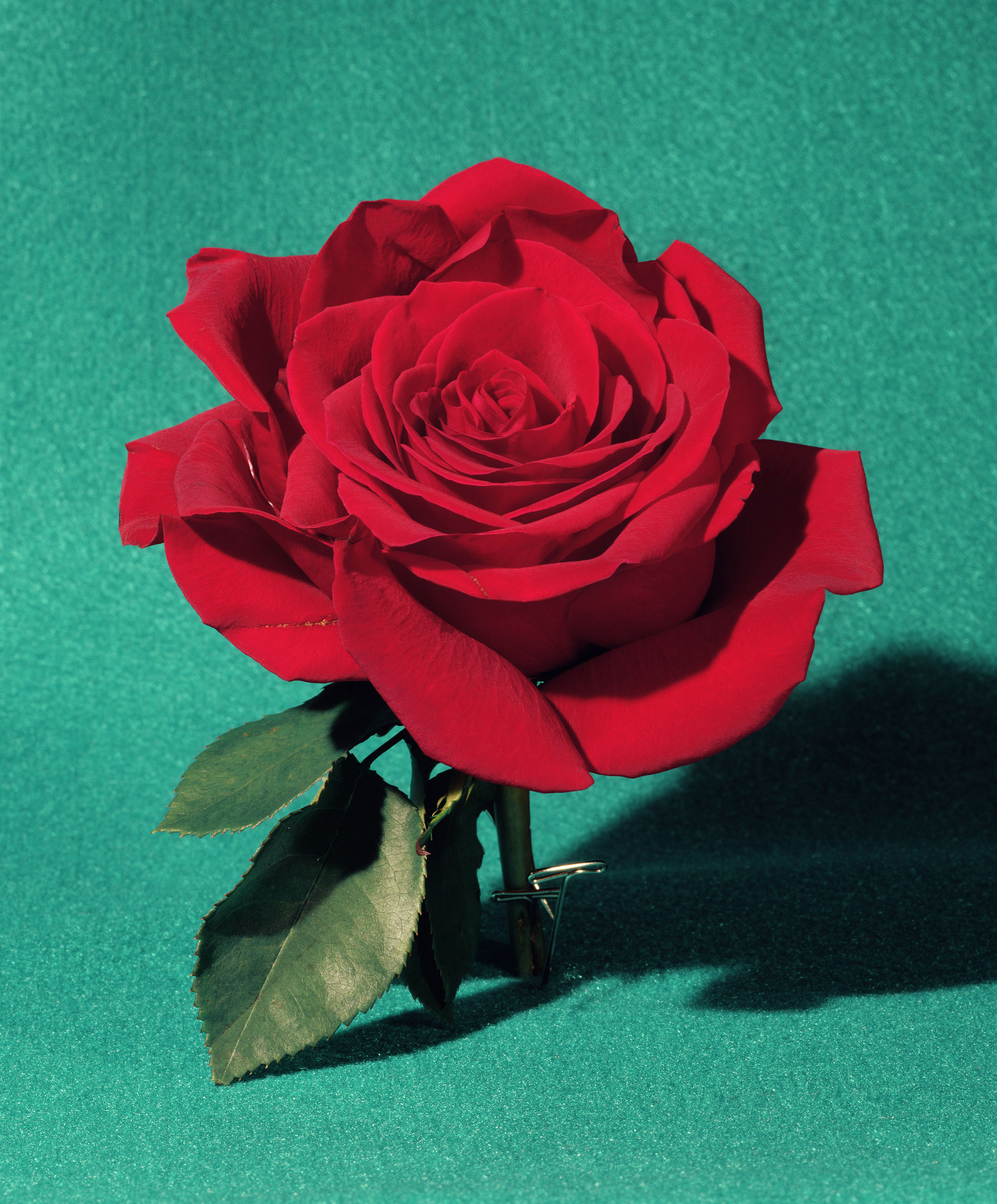 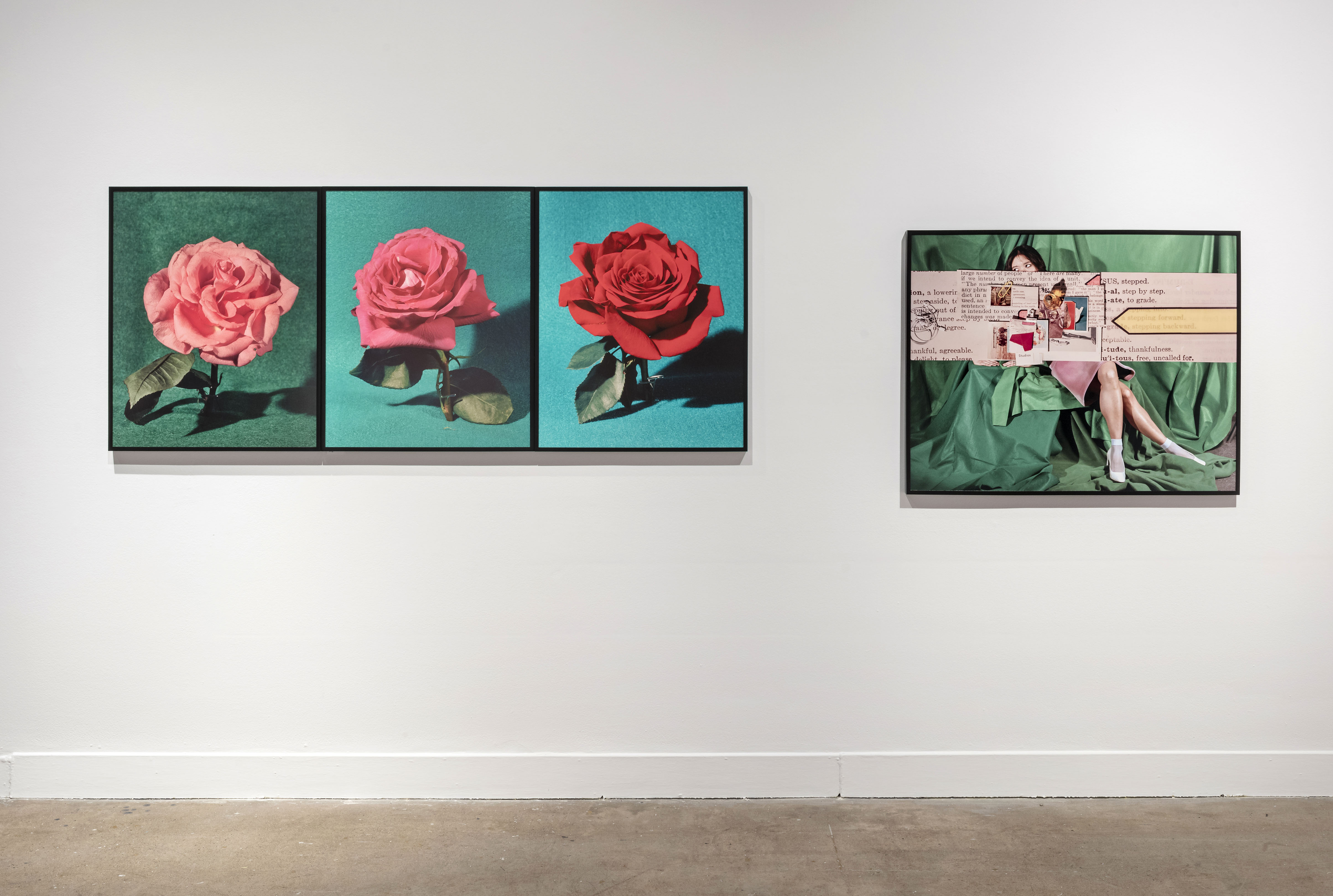 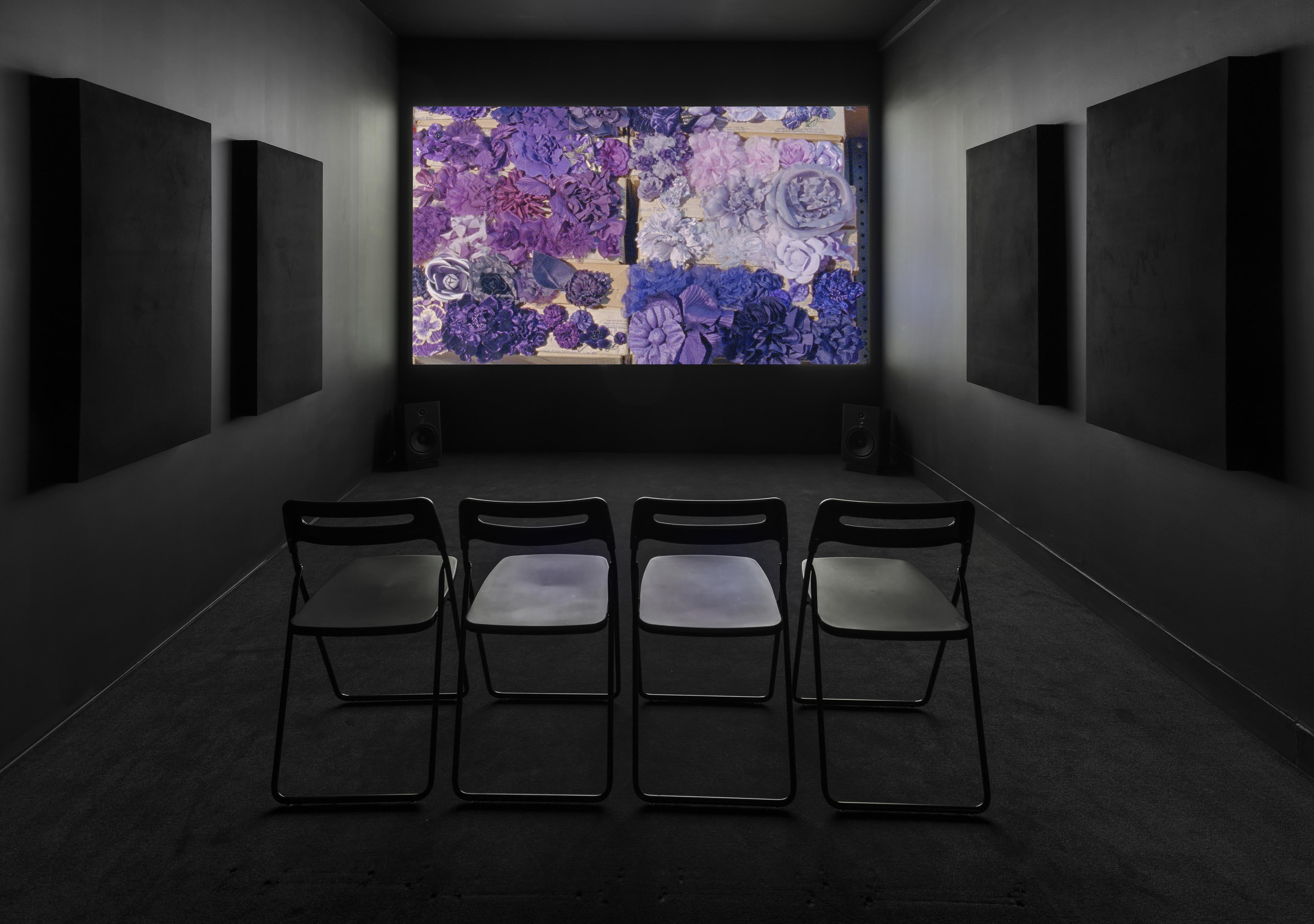 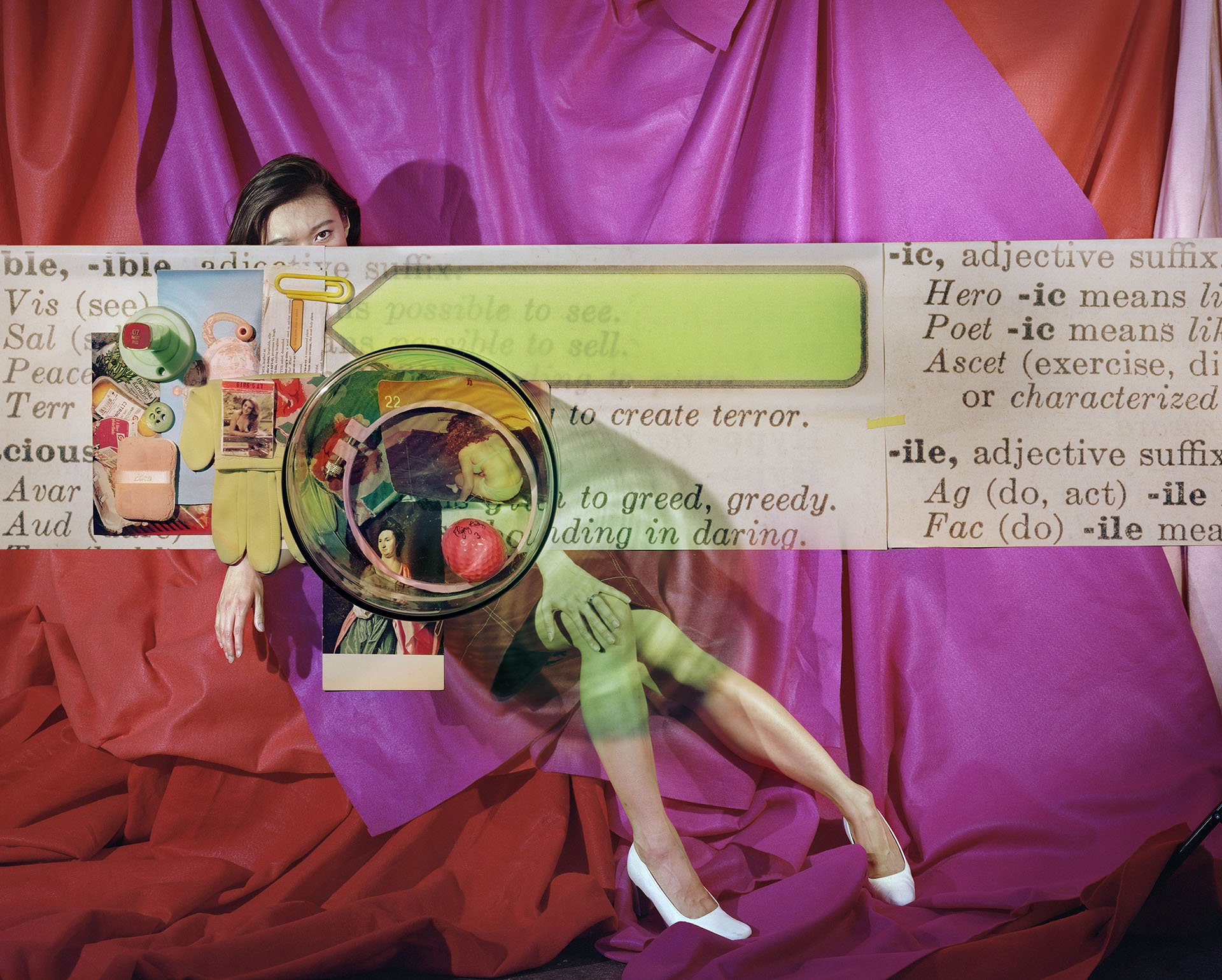 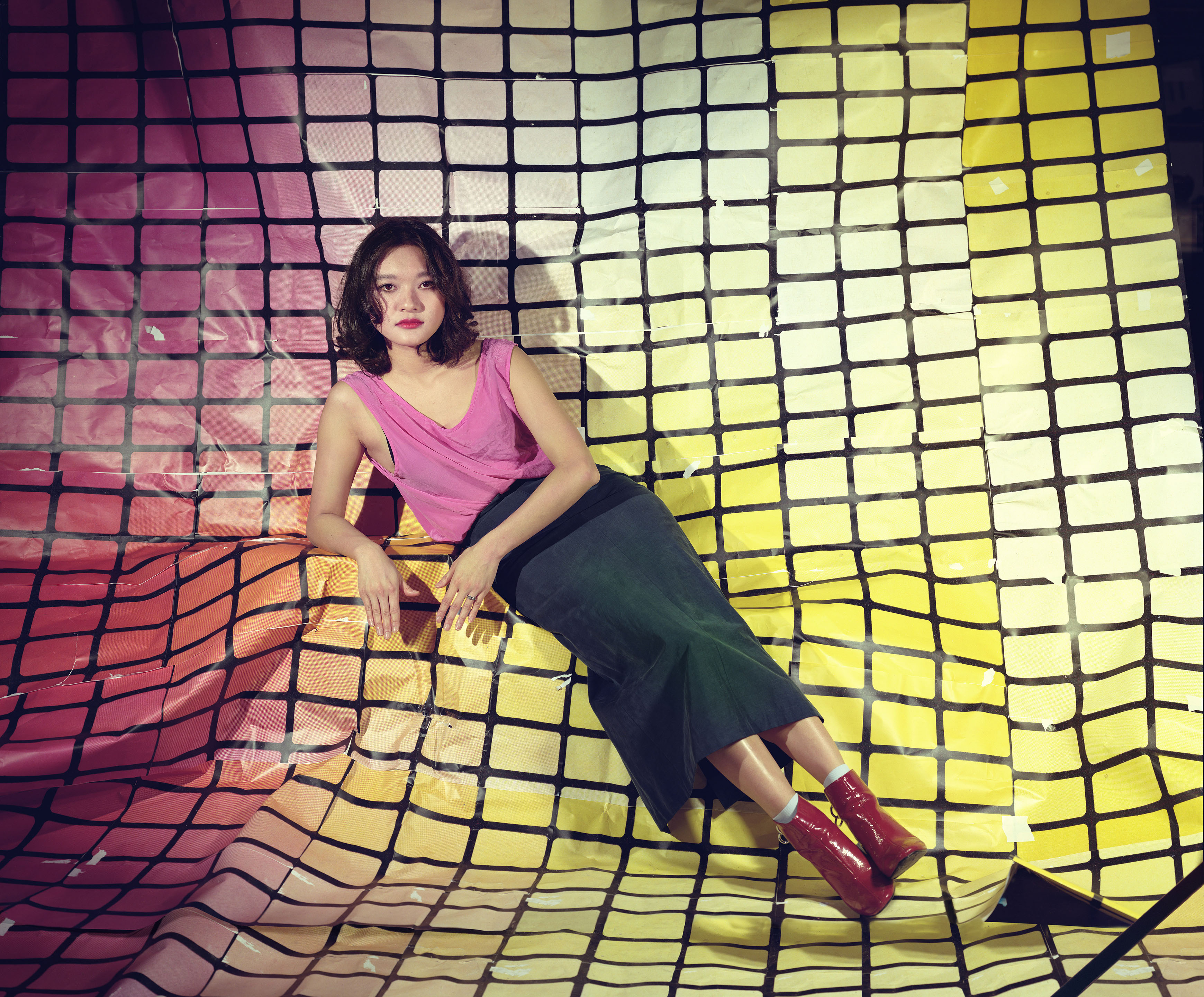 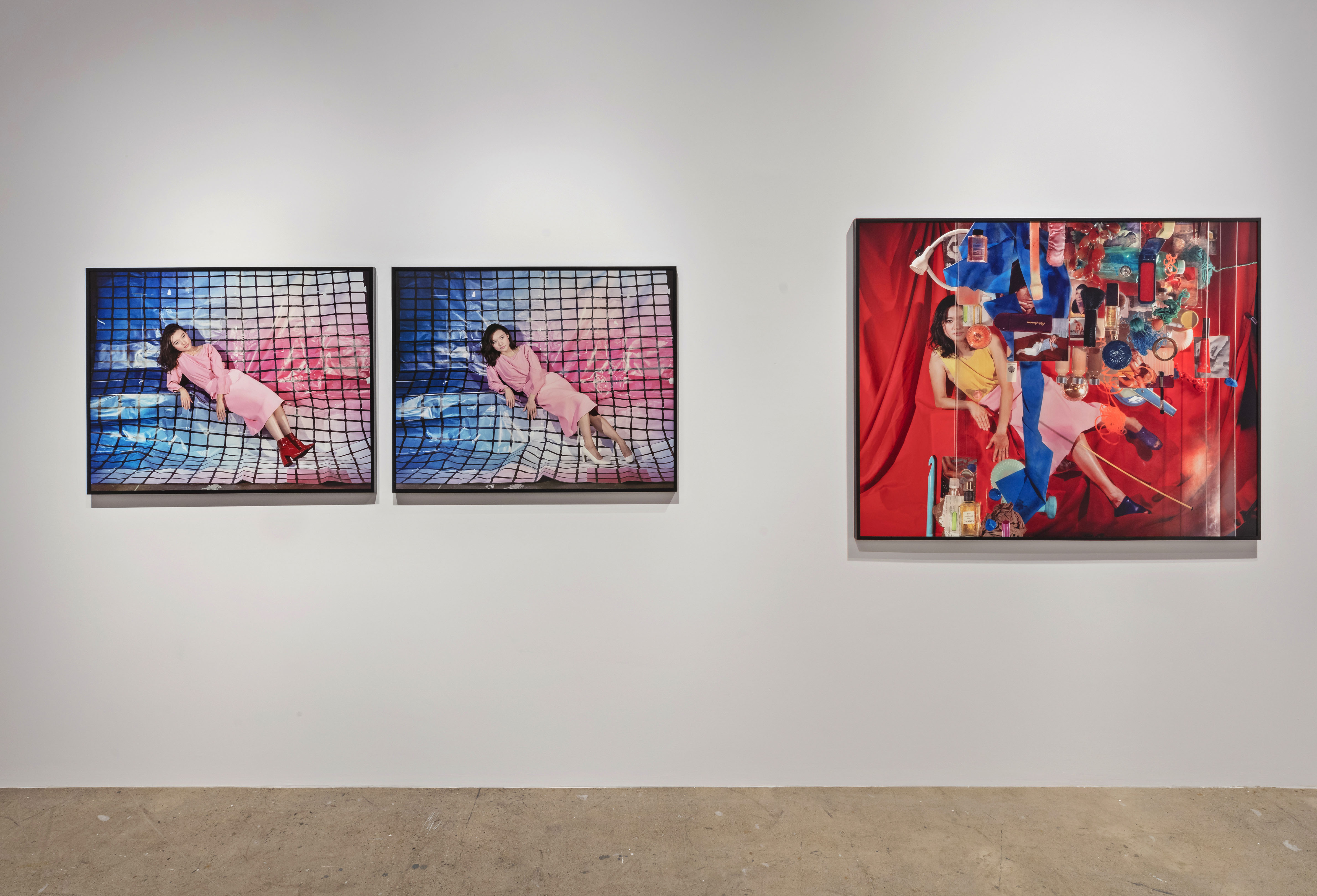 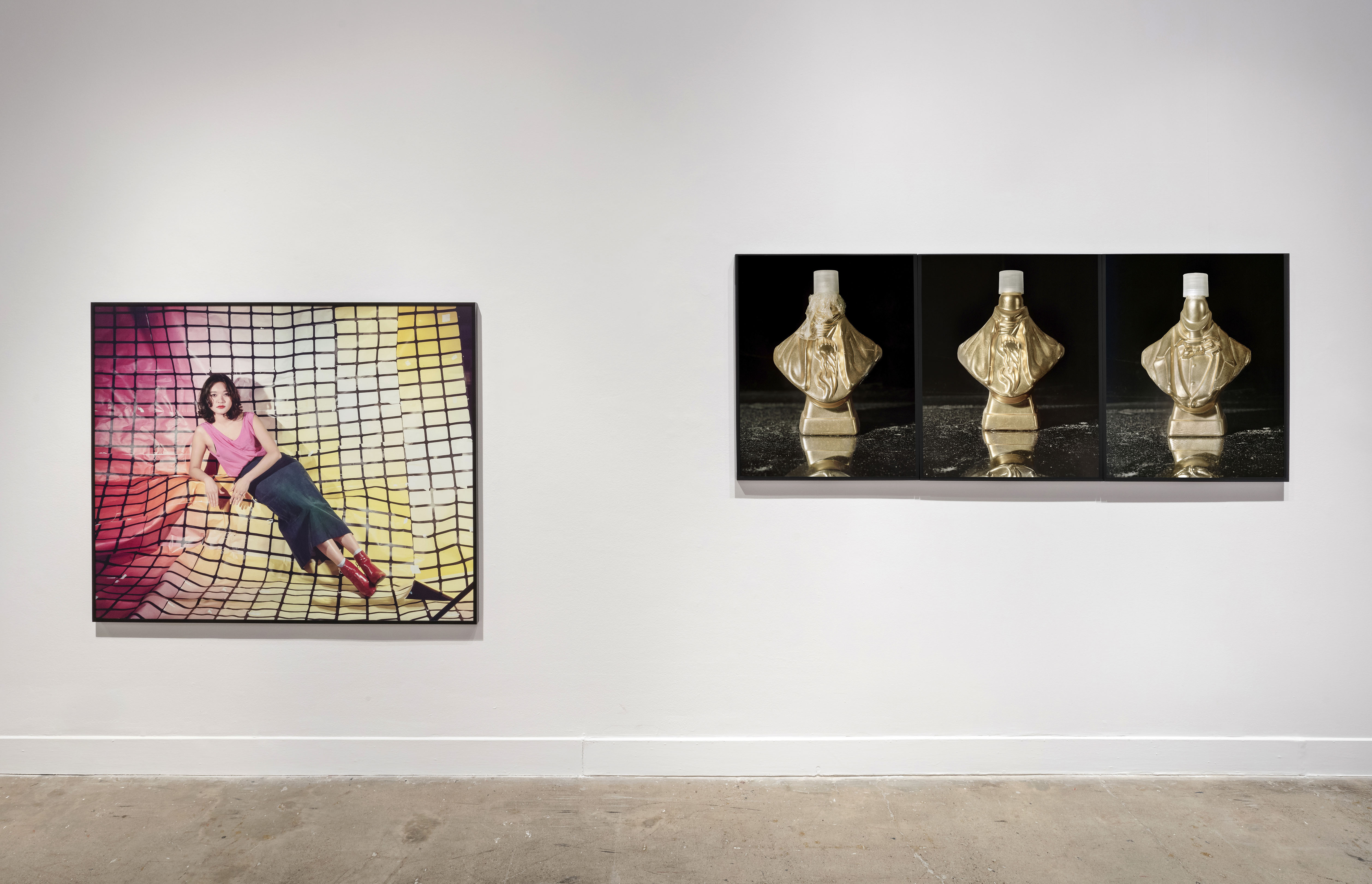 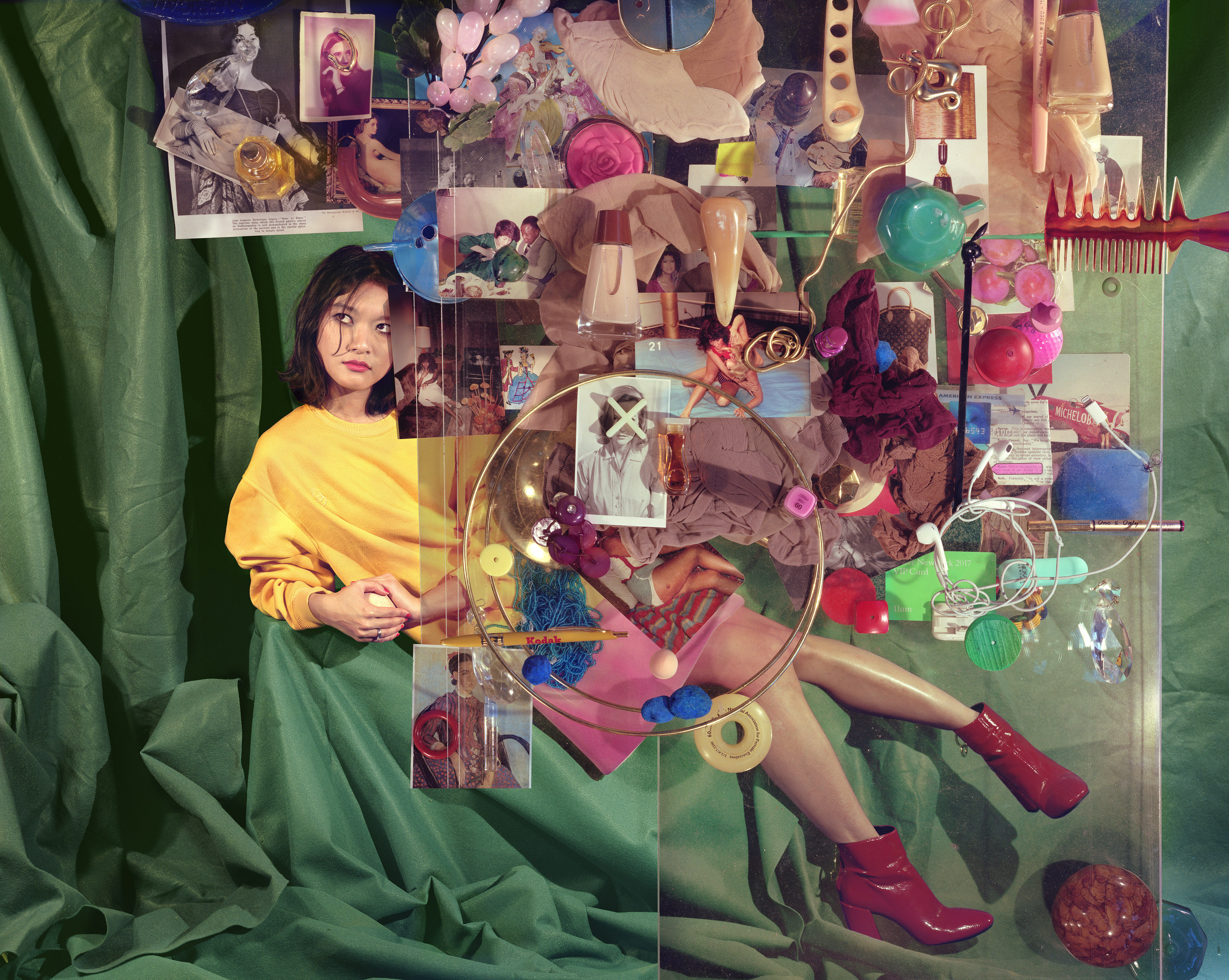 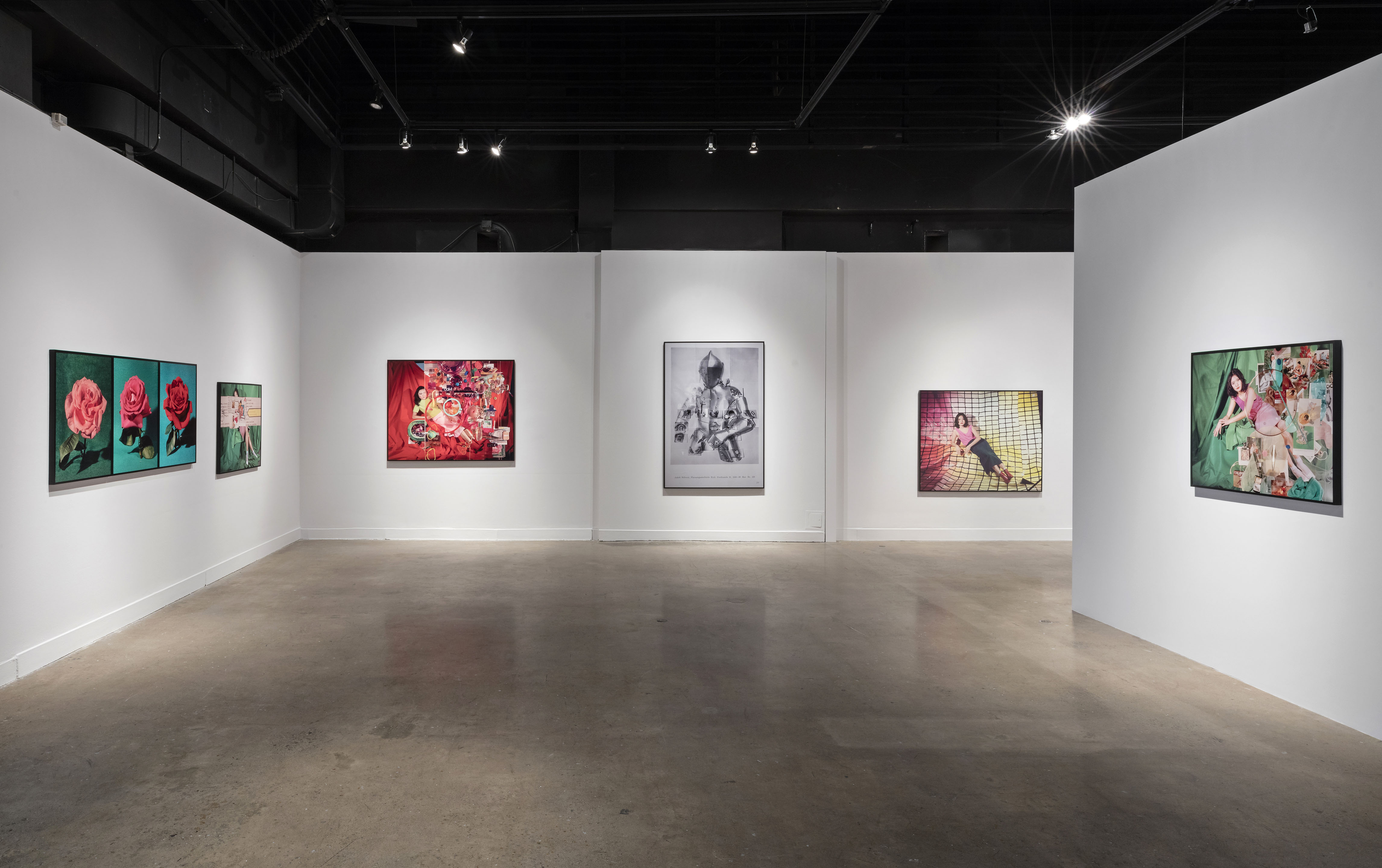